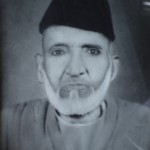 My father, Syed Ghulam Fareed Shah was a  renowned scholar of English, Pashtu, Persian and Arabic. He was an authority and people of different denominations and sub- denominations sought fatwa from him in their religious matters. His  decision was followed in matters of citation of moon for Eid and Ramadan. He was an orphan bereft of his father Syed Asghar Ali Shah at the age of less then two years, his person and property which were midst threats of his cousins were protected got released and improved by his mother, Syeda Amir Begum, by pursuing litigation from Jhelum to Peshawar on horseback. She got him educated as willed by his father both in modern system of British education and theology. He passed his entrance examination from Punjab University in 1914 with distinction but due to his ill health he was advised not to pursue the studies. For sometime, he served in revenue office of the collector where he was offered the post of Naib Tehsildar which was then a coveted job for the Agricultural Caste but he declined and joined Khilafat Movement and was sent to jail. After serving the sentence he took to his farming and carried out studies in Religion, Politics, and Literature. He was one of the closest associates of  Mullanah Abul Kalam Azad. He and his only best friend SArdar Muhaamed Akbar Khan of Dok Sharfa left Abul Kalam Azad for their disapproval of his pro-congress tendencies. Both of them had joined Mullanah Maudoodi as almost founding members and till their last remained part of Jamat Islami as sometimes Amir District Jamat Islami and members of Central Shura of the Jamat. He, making, wills of following the Muslim rules of life to his family members all of whom were present on his deathbed, on 22 October 1982(Friday). Reciting Kalma-e-Shahadat during the Azan of Jumaah prayers breathed his last , having led his successful, glorious life without any moral or social blot. [S. M. Ayub Bukhari] Syed Mir Ahmed Shah Advocate was a renowned political, social and religious personality. He had been a member of All India Muslim League Council. He was a known figure of freedom movement. He was one of those who were very close to Quaid-e-Azam. He courted arrest in 1946 agitation launched by All India Muslim League. He was Revenue Advisor in the cabinet of Sardar Abdur Rab Nishtar, erstwhile Governor of The West Punjab. He declined to join Ayub Khan's Convention League and dauntlessly stood by Madre-Millat Mohtarma Fatimah Jinnah in her election campaign against the despot. He was an acknowleged authority of Renew Laws. When revenue Advisor he amended Pujan Revenue Act and Punjab Tenancy Act to the benefit of tenants. He substituted the word 'Kameen' for rural menials such as Carpenter, Black Smith, Barber, Cobbler and Imam-Masjid and substituted the word 'Moeen' (Co-Worker) for them. He introduced Fish Farming and Tree Plantation in the Province of West Punjab. This so far unpublished manuscript of his poetry, which is reformative and  devotional , consists of varieties of verses and is both in Urdu and Persian. It cannot be published unless properly edited and classified into category of respective verses like 'Naat', 'Ghazal' etc. May I find someone competent to help me in this matter. He was my mother's first cousin and my father-in-law. He was an unassuming simple saintly person. He was a model of what a Muslim should be. He died on June 17th 1989 (Wednesday). May his soul rest in peace, Ameen. [S. M. Ayub Bukhari] Syed Muhammad Ayub Bukhari Born on 23\12\1933 in the house of Syed Ghulam Fareed Shah, at village Boota, Tehsil and District Attock. He received his early education in local lower middle school under the direct supervision of his father. According to a fatwa of Mullanah Maudoodi, the further education was suspended till 1952. After the passage of objective resolution the fatwa was lifted and on the insistence of Molwi Muhammedeen, the headmaster of Middle School Akhori, he and his two brothers resumed studies at Akhori. He passed his middle school examination and won Victoria Class Scholarship. Thereafter, because of non-availability of any high school in the locality, he undertook private studies under the exclusive guidance of his father and passed his matriculation examination from Punjab University as a private student and stood first amongst his category in the District and won scholarship. At the advice of Sardar Muhammed Akbar Khan 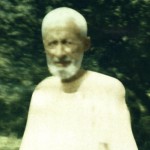 and mostly at his residence at Dok Sharfa he joined Government College Attock where from he graduated in 1955-56 winning scholarship in Economics. He was a likely successor aspirant for SEATO CULTURAL PROGRAM RESEARCH SCHOLARSHIP for studies, a two year course in Manila and three years in Paris. He was allotted a seat in Manila University and was put onto regional list by Paris University subject to results at Manila. Yet his father and Sardar Muhammed Akbar Khan did not permit him to pursue those studies and he had to join Punjab University Law College where from he graduated in law in 1959-60. He was one of those students who had been receiving special consideration by teachers like Doctor Naseem Hasan Shah and Sardar Muhammed Iqbal. At Law College, he was secretary general of Islamic Study Circle whereas, at Government College Attock he was the ever first elected President of Student Union. He was awarded the first Seerat Medal, the highest award of Government College Attock, he was awarded gold medal by Iranian Embassy for his proficiency in Persian Language. Authority on English Language Professor Ashfaq Ali Khan while checking his English Paper C, Drama and Poetry, awarded him 95% marks noting, "Your fault is that you know too much." After his LLB, he was asked to join Campbellpur Bar Association where his serial number was 23rd, where as today the total number of Lawyers in sliced Attock District is Plus 350. He was attached as apprentice with Sheikh Amar Ellahi, Advocate, who made him work hard and prepared tomorrow's cases always before sunset and then to leave his senior's office. Later on, he joined Sardar Mumtaz Ali Khan, an outstanding Lawyer, who belonged to aristocracy, as he was the representative of Sir Sikander Hayat Khan's party. Sardar Mumtaz Ali Khan was a role model as an Advocate having quite limited number of cases putting in maximum effort and absolute honesty in his dealings, both with the clients and the courts. He had never exceeded his limits nor he was given any bossing by the courts.  S. M. Ayub Bukhari conducted very important cases against the feudal high handedness to the oppressed during Nawab Amir Muhammed Khan's regime. He defended Mullanah Ghullamullah Khan (late) against excesses of the Government. The detention of Mullanah Ghullamullah Khan in 1964 was challenged by him, the Peshawar bench of West Pakistan High Court presided by Mr. Justice Faizulaah Khan Kundi accepted the petition with costs and reforms imposed by Zulfiqar Ali Bhutto(MLR 115) were challenged by 10 Petitioners including Qazalbash Trust, one of the Petitioners was Sardar Mahmood Khan of Bahtar who was represented by Ayub Bukhari. The land reforms were declared un-Islamic. He, also, assisted Attorney General of Pakistan in Riba case in the Supreme Court. He has dozens of cases reported.  Ayub Bukhari is representing Pakistan Aeronautical Complex Kamra from the local Civil Court to the Apex Court by special appointment. He is engaged by GBC in two major tax cases. He is engaged in special cases by WAPDA. He holds briefs from local feudal lords.